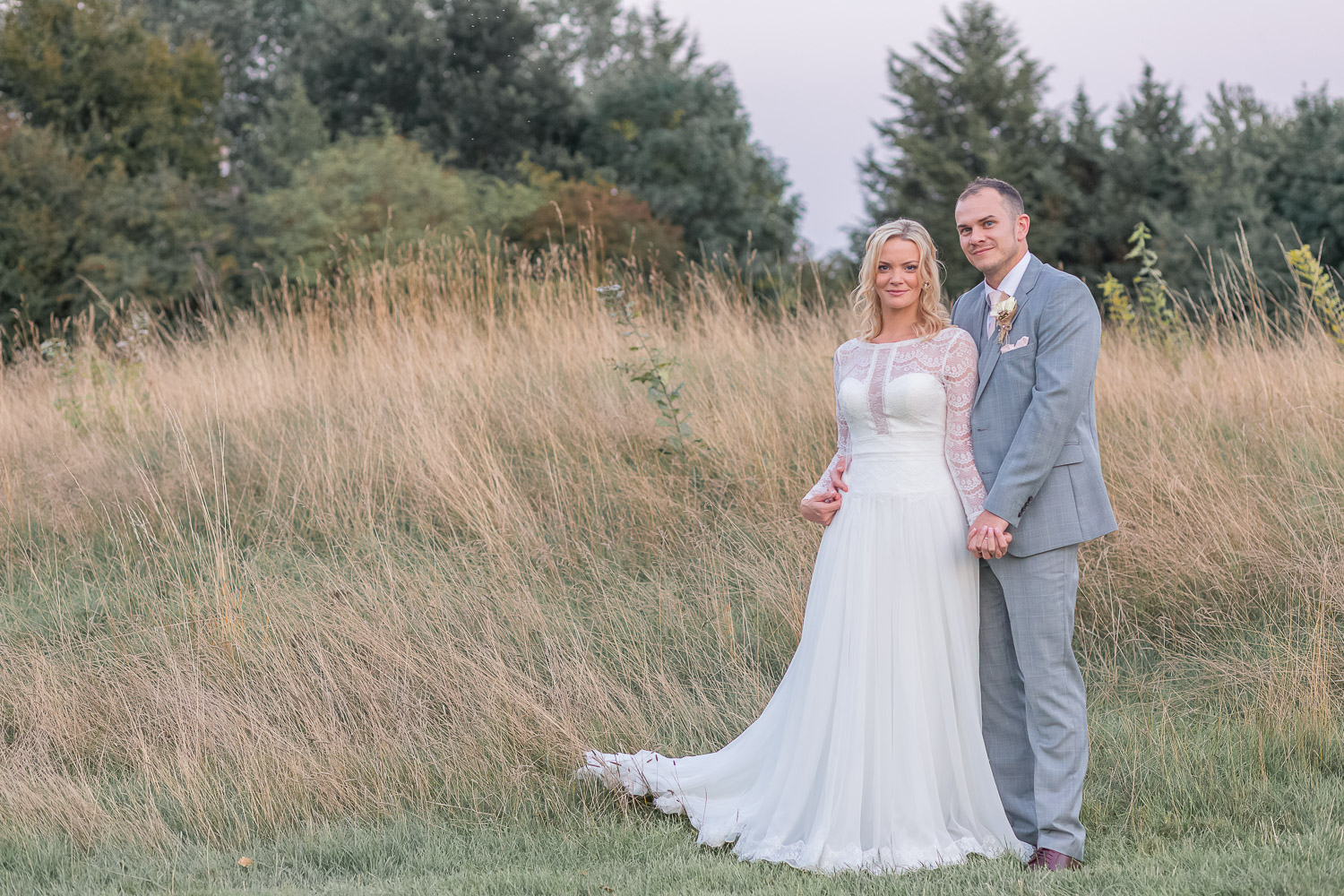 The Couple:  Mr and Mrs Thomson.

Chapter 1 of Their Love Story:  We met at work and instantly had a connection. We started off as good friends and laughed a lot. It quickly become evident that there would always be something more.

Wedding Proposal:  I was on Maternity leave with our first born daughter, Everly, who was 10months old. Steve was working from home. I had plans to meet up with my sister and best friend for a coffee. I had the baby ready, shoes and coats on and was about to leave the house. I looked up and Steve was standing there holding Everly who was facing me and wearing a bodysuit which I didn’t recognise. I went to ask Steve what he had put her in as I was in a rush to leave the house and needed her coat on, and then I realised on the front of the bodysuit had the words ‘Mummy, will you marry my Daddy?’. It was the biggest surprise and very unexpected. He got down on one knee and proposed. We were both shaking and after saying yes I remember just cuddling for ages. It was so beautiful to have my daughter part of the proposal. Still in shock I went out for coffee and surprised my sister and best friend in the same way by holding up Everly who still had the same vest on. We had happy tears over coffee.

Team Bride:  My twin sister, Ellen. She is my best friend and my other ‘real’ half. I also had my daughters Everly and Elizabeth. Everly was nearly 2.5 years old when we got married and Elizabeth was only 9 months. My brother, James also was part of my team and walked with Elizabeth down the aisle.

Team Groom:  Steve’s son, Kristian, had the important job of walking down the aisle carrying our rings. Steve’s brother Scott was best man. As it was a small wedding we didn’t have formal ushers but Steve’s other brothers Shane and Simon, his Dad and my Dad also wore the same suits.

Memorable Moment:  It was the last song of the night, we were all having fun on the dance floor and we had specifically requested a song from the Greatest Showman to be our last song ‘From Now On’. Everyone was singing and dancing and we had a confetti bomb go off over us during the song, it was such a special moment with my friends and loved ones. It was a perfect end to the night.

First Dance Song:  Sam Smith & Disclosure: Latch. The first part of our dance was to Sam Smiths acoustic version of Latch. As soon as the first beat of the chorus drops the song switches to the dance version of the song for everyone to join in. Funny story to this actually, on the night it didn’t go to plan, the DJ took a while to get the right song going and then, he fired off a confetti canon during the slow part of the song but it was supposed to go off on the change to the dance version. We laugh about it now.

Your Wedding Photographer/s:  Leanne and Georgina, they were great – very professional and down to earth!